Attorneys General in U.S represents the public interest and serves as counsel to state government agencies and legislatures in their capacity as leading legal officers of the states,commonwealths, District of Columbia,and territories of the United States.
The primary legal adviser to the government in the majority of common law nations is the attorney general, sometimes known as the attorney-general (also abbreviated as AG or Atty.-Gen. Attorneys general is the plural form.  Attorneys general may also be in charge of prosecutions, law enforcement, or even just basic legal matters in some jurisdictions. In reality, the level and type of the office holder’s prior legal experience frequently determines how much the attorney general personally advises the government. This varies between jurisdictions and even between individual office holders within the same jurisdiction.Originally, the phrase was used to describe anybody who had the authority to act on behalf of a principle in all circumstances. Anyone who represents the state, particularly in criminal cases, is considered such an attorney in the common law tradition. Even while a government may name a certain official as the permanent attorney general, in the past, anyone who took on that role for the state—even if just for a single case—could be referred to as such. However, the phrase is now generally reserved as a title for the state’s permanently appointed attorney general, a sovereign, or another member of the royal family in most countries.The duties of the attorney general differ from state to state according to statutory and constitutional requirements, but broadly speaking they are as follows: 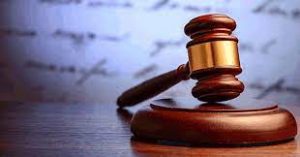